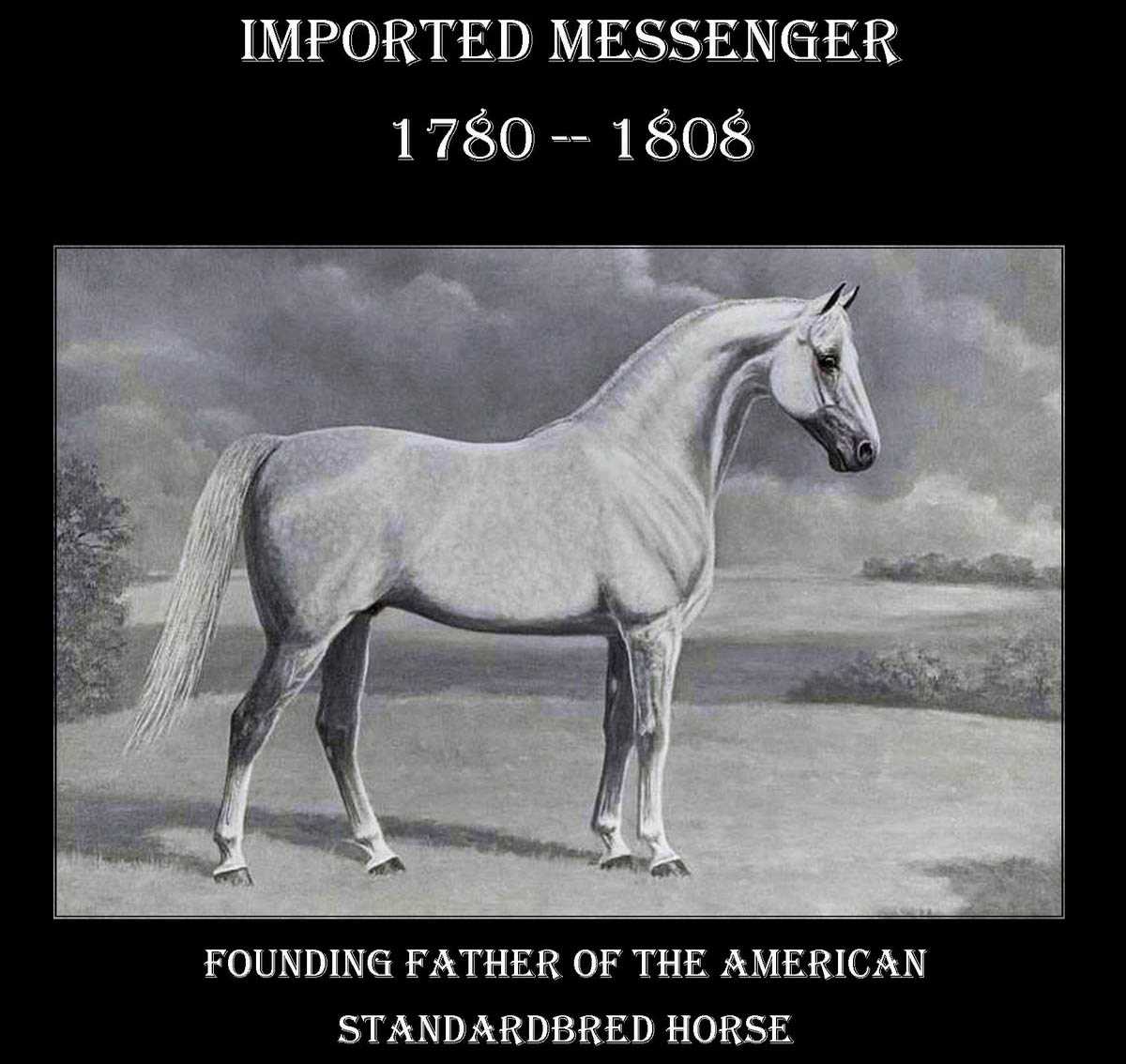 The Story of Winthrop Messenger

Stephen Thompson,who grew up in Limestone, Maine, is the founder of the Lost Trotting Parks Heritage Center. Steve’s family farmed potatoes beginning in 1875 when Solomon Thompson moved from Kingfield, Maine to Limestone and continued doing so until 1970. His great great grandfather Warren Alonzo Long moved from Conway, New Hampshire in 1865 to Limestone four years before the incorporation of Limestone in 1869. It was written in Warren’s obituary and other family documents that Warren Long was the first farmer in Aroostook County to raise 100 acres of potatoes. Stephen lives in Hallowell with his wife, Nona Libby Thompson and  his daughter’s family with three granddaughters four houses away.

Stephen started his work researching Maine’s lost trotting parks in 2009. His cousin, Clark P. Thompson of Bangor, had published a book, Maine’s Trotting Horse Heritage Trail. Clark had spent many an hour in the Special Collections at the Fogler Library at the University of Maine researching the history of harness racing in the State of Maine. In his book, Clark identified 20 of Maine’s most historic stories. Winthrop Messenger being one of those stories. He attended Clark’s presentation of the Messenger stone in Winthrop. As Clark presented, he recognized and felt his passion for his research and the historical contributions of the horse to the State of Maine. He assisted Clark in his research of the North Kennebec Agricultural Fairgrounds in Waterville, Maine. It was when he stood upon the grounds of the  former fairgrounds, now the back half of Pine Grove Cemetery, that he asked himself the question, “If this fairground is becoming a cemetery, what happened to other fairgrounds with trotting parks in the State of Maine.”  This question led to his research and discovering that over the years more than 90 Maine communities supported trotting parks throughout Maine.

Earlier this year, the Lost Trotting Parks Heritage Center received a Maine 200 Grant titled ‘The Maine Spirit and the Horse.’ The project will rebrand Maine’s Starting Gate Museum, Maine History atop the bedsides of a 1967 Chevy Pickup. When the truck is set up it presents ten panels for display materials. new banners will feature the Maps of Maine from 1615 to present day, maps of towns with trotting parks, the work of J.W. Thompson and his book, Noted Maine Horses, published in 1874, and other subjects of interest. The first initiative of the grant created a web site, http://themainespirit.blogspot.com. This web site features the importance of memoir writing which is a way to ensure that family stories become written family history. Many stories are told and not remembered. Many stories are just never told.

The rebranded Starting Gate Museum will be set up at Maine fairs and other public events.

For the last six  years, Stephen has worked as the video patrol officer at seven agricultural fairs that feature harness racing. This work allowed Stephen to take photographs in the paddock and before the first race. These photos are featured on his Facebook in photo albums.

His ZOOM presentation for the Winthrop Historical Society will feature the story of Imported Messenger and his get named Winthrop Messenger. The presentation will include the work of J.W. Thompson and his book, Noted Maine Horses, published in 1874. The presentation will also present images and stories of Kennebec County’s lost trotting parks. There is a display on this topic at Pat’s Pizza in Augusta on State Street.