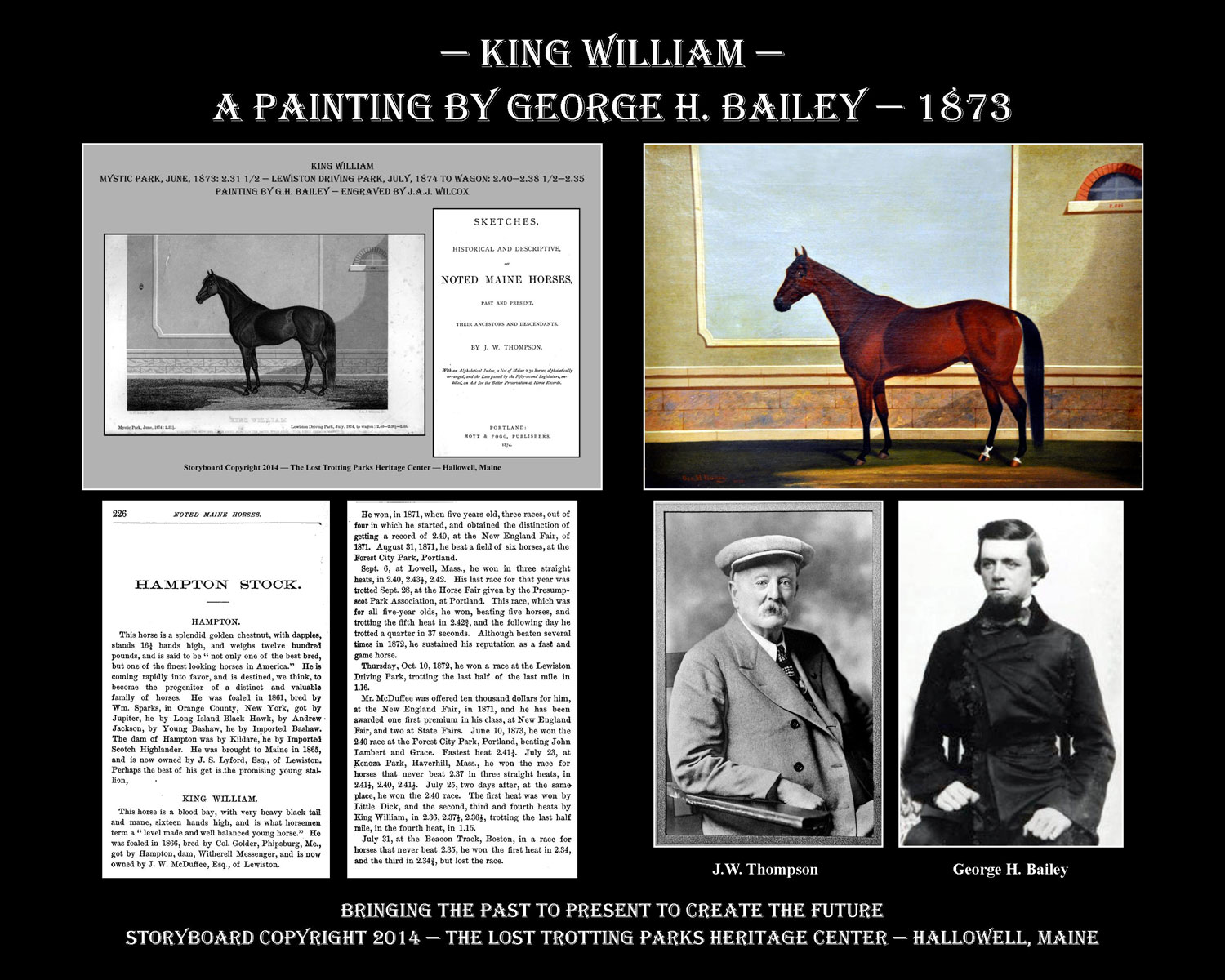 After a Journey of 141 Years King William Returns to Maine

Augusta, Maine — On November 19th at the Law Offices of Lipman & Katz, the Lost Trotting Parks  Heritage Center will celebrate the return of King William to the State of Maine.

King William was “a blood bay, with very heavy black tail and mane, sixteen hands high, and is what horsemen term a “level made and well balanced young horse.” He was foaled in 1866, bred by Colonel Golder, Phipsburg, Maine, got by Hampton, dam, Witherell Messenger, and is now owned by J.W. McDuffee,Esq., of Lewiston.”

from Noted Maine Horses by J.W. Thompson published in 1874

The story of King William speaks to the lifework of George H. Bailey and J.W. Thompson. Both were Civil War Veterans, Maine Harness Horsemen and much more. In 1873, Bailey completed the painting of King William. That year Thompson selected the painting to become the front engraving in his 1874 publication, Noted Maine Horses.