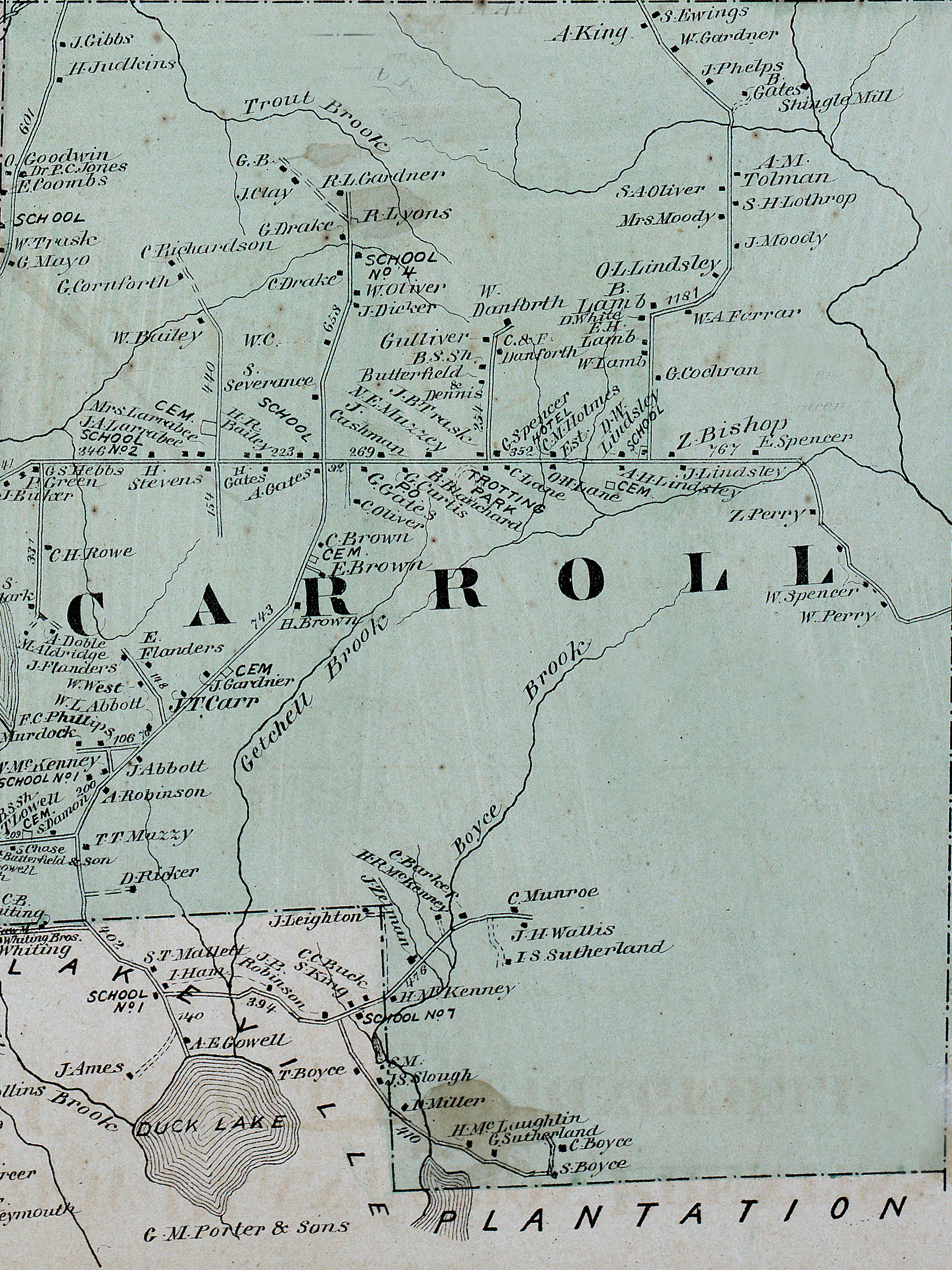 The Carroll Trotting Park Association was formed in 1871 by State of Maine legislative action. From the Center’s  research it appears that Maine’s agricultural societies and trotting parks were created by such action. Carroll is a neighboring town to Springfield, Maine, a community that hosted an agricultural fair and harness racing in the 19th century. The Springfield Fair still exists. Several years also the harness track was restored for demonstration harness racing. Click this link to check the schedule and program for the 2016 fair — The 2016 Springfield Fair 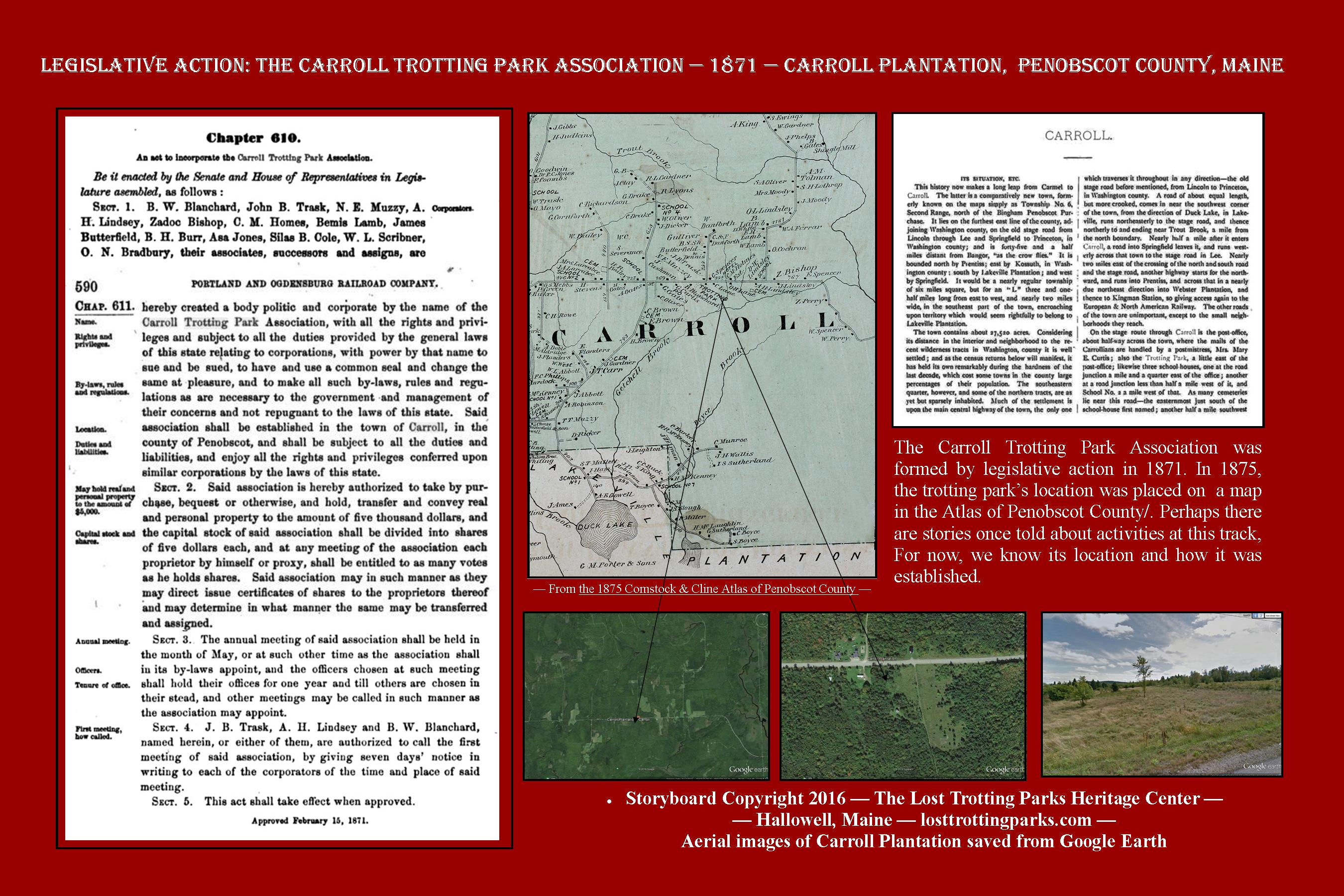 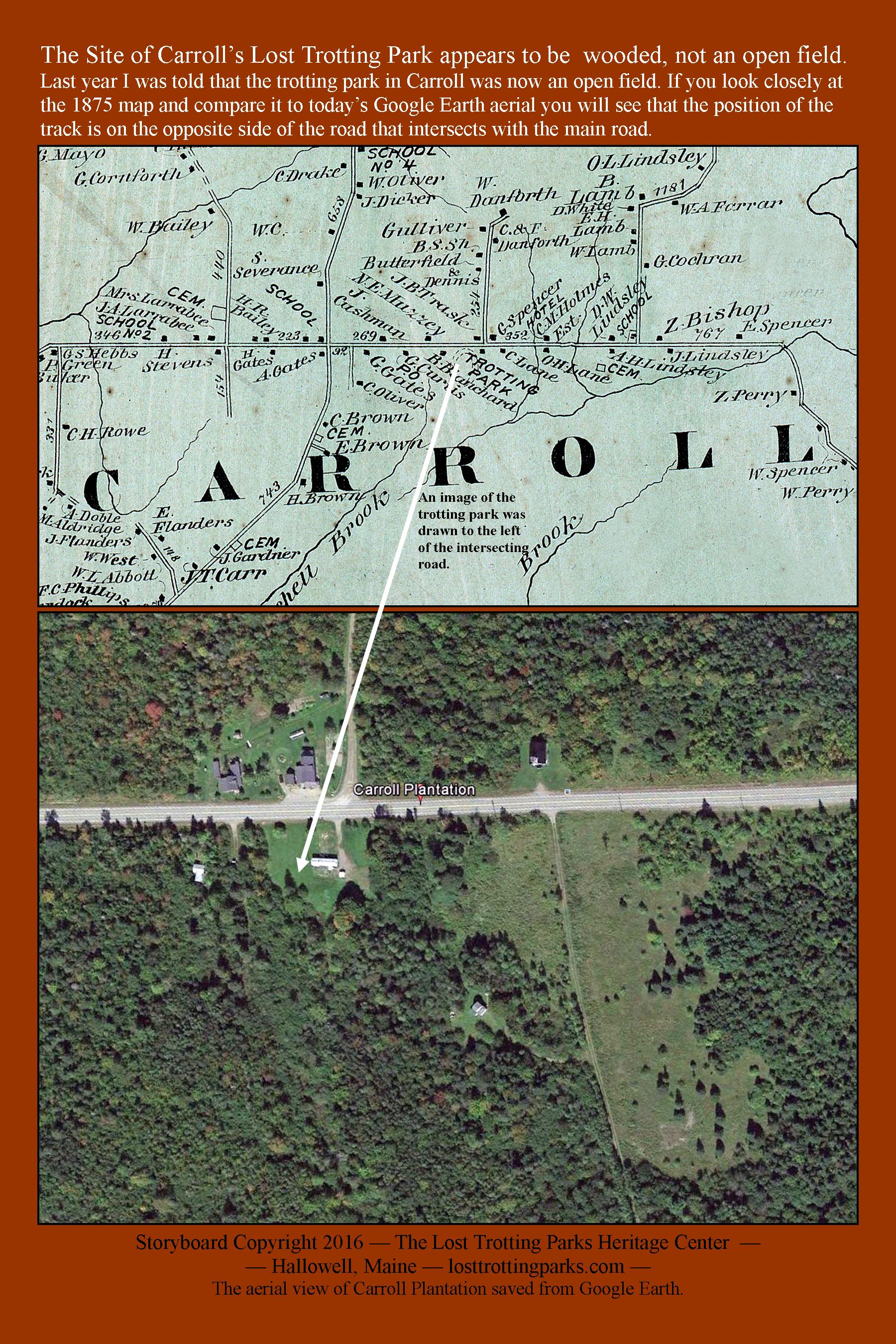