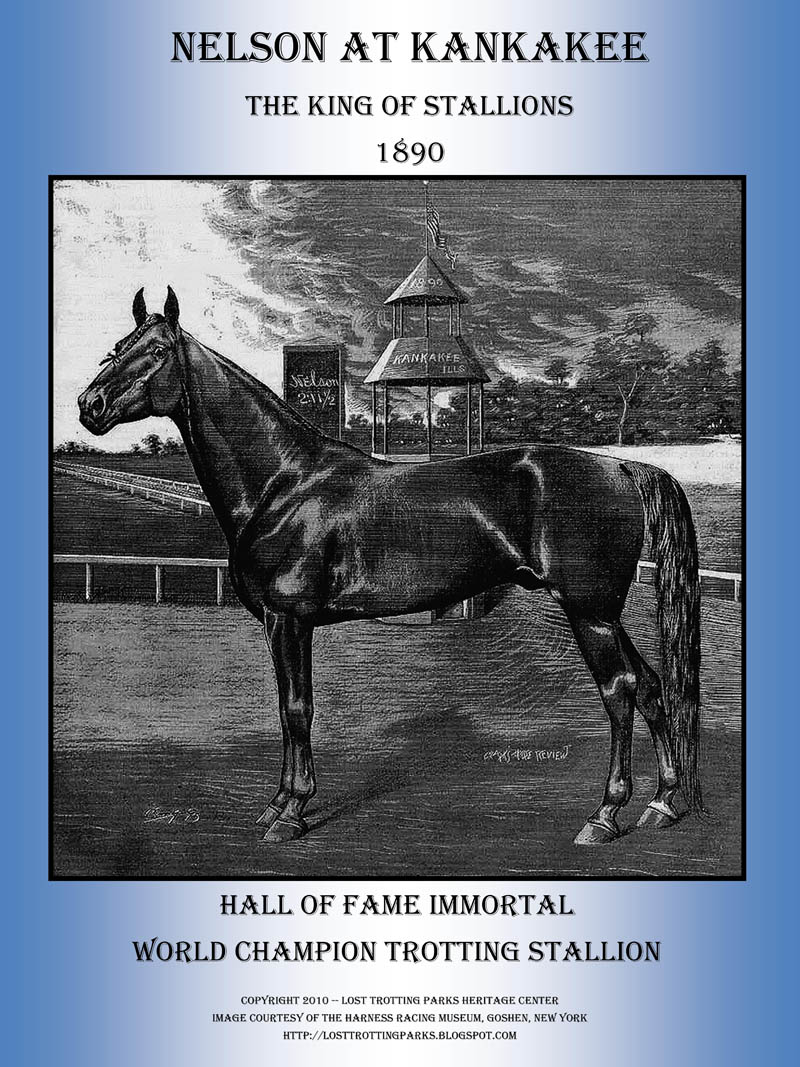 Nelson 4209 was crowned the King of the Stallions in 1892. In September of 1890, Charles Horace Nelson, the owner of Nelson, traveled to the mid-west where Nelson completed in time trials. These efforts resulted in setting the world’s record for trotting stallions. During this period, time trials for champion caliber horses occurred quite often. Records recorded one day may have been broken within a week’s time. Nelson 4209 was foaled in Winslow, Maine in 1882. C.H. Nelson purchased property on the Oakland Road in Waterville, Maine the same year. This land eventually was called Sunnyside Farm and the home to Nelson 4209. 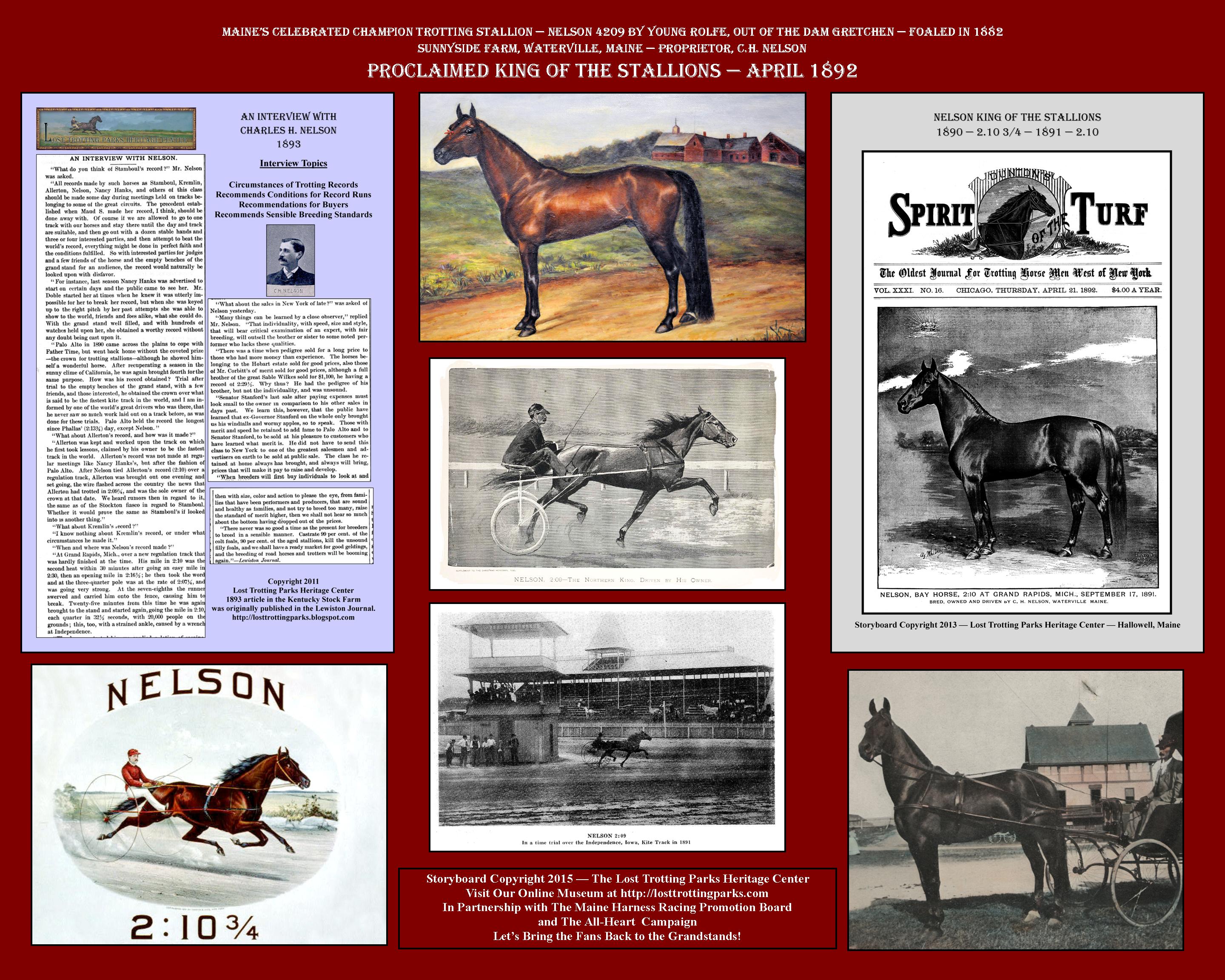